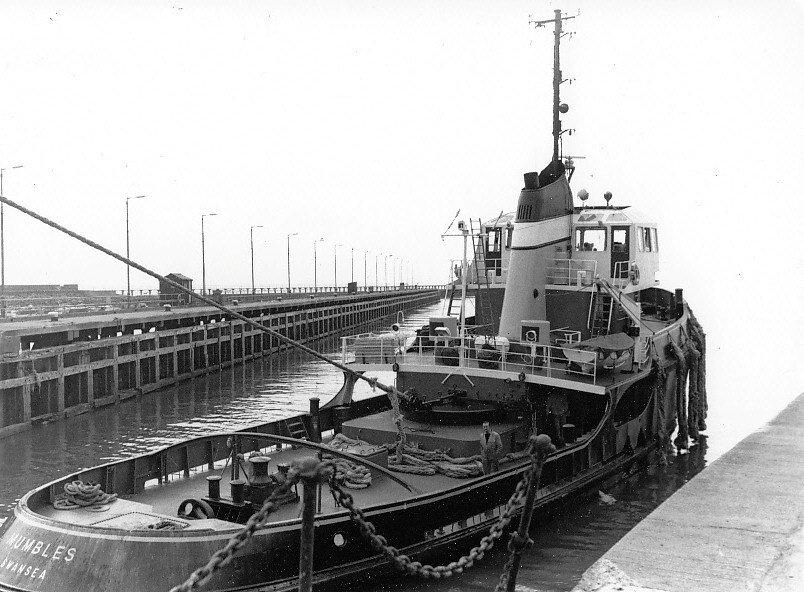 The Alexandra Towing Company tug Mumbles is  photographed towing a vessel out of theKings Dock Lock at Swansea in the late 1980’s.Mumbles was the largest tug stationed at Swansea having been built for handling the  large ore and coal importing vessels using the newly constructed Tidal Harbour at Port Talbot which served the Margam Steelworks of British Steel.Mumbles also worked regularly at Swansea handling Oil Tankers and General Cargo vessels. 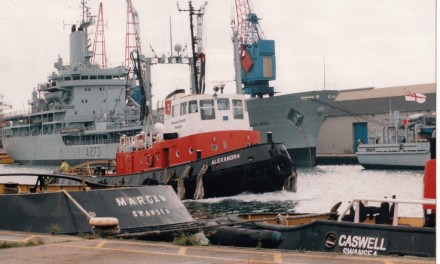 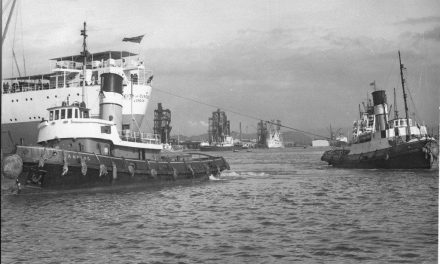 Canning and Crosby on a busy day.