I was able to photograph the BP tanker from the West Pier as she was just entering the Lock, with the help of three Alexandra tugs,on the 18th of September 1987.She along with many other tankers were regular visitors until the BP refinery at Llandarcy was closed in 1998,the loss of the tanker trade was a serious  blow to the Port and alternative business was established over following years but the Queens Dock which housef the oil jetties still remains largely unused,

BRITISH TAMAR —end of an era. 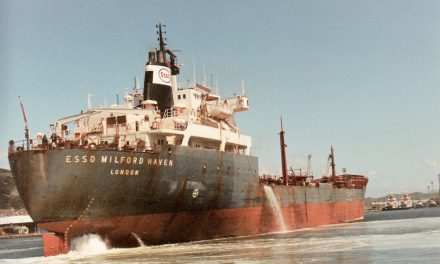 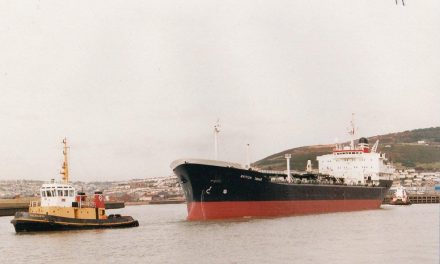 BRITISH TAMAR—End of an era (2)