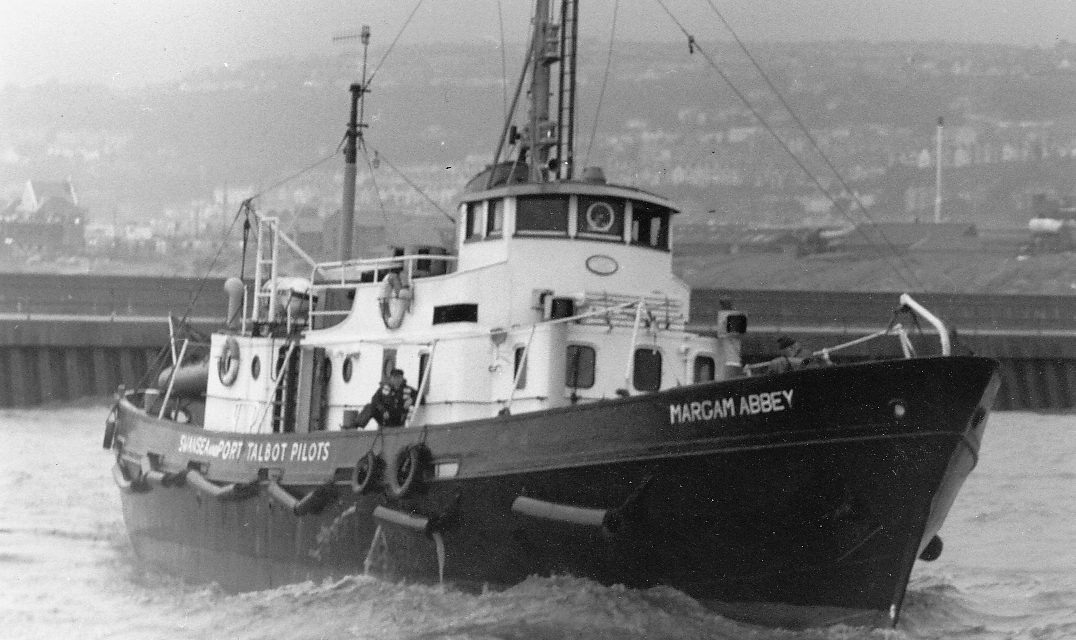 Until 1985 when the pilotage services at Swansea and Port Talbot were amalgamated,the Pilots at Port Talbot had their own cutter.The last of these was Margam Abbey.Built in 1959 by Richards Shipbuilders at Lowestoft she was built from steel manufactured at the Margam Steelworks at Port Talbot.After the amalgamation with Swansea pilots she became the reserve/standby vessel serving both ports as required.

This photo was taken on 18th October 1987,heeling over as she returned to the comparative calm of the pilot berth at the Kings Dock Entrance in the shelter of the piers.However on this day a strong Southerly gale was blowing and the channel seas were unusually heavy following the hurricane winds which hit the UK on the previous day.After she tied up, the Pilot Mr Roy Griffiths, who can be seen here on deck and  had been taken from a departing ship out in the Channel, remarked to me that it ‘was no joke out there today’,and I thought then of the perils which pilots experienced climbing up  and down ladders over the sides of ships of all sizes and in all weathers,night and day,summer and winter. 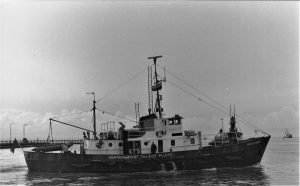 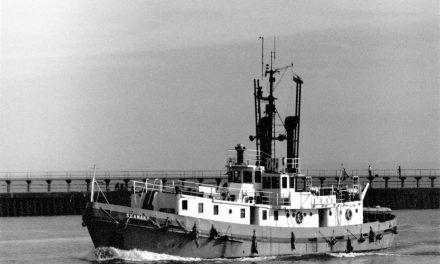 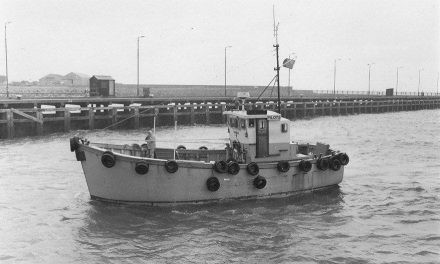