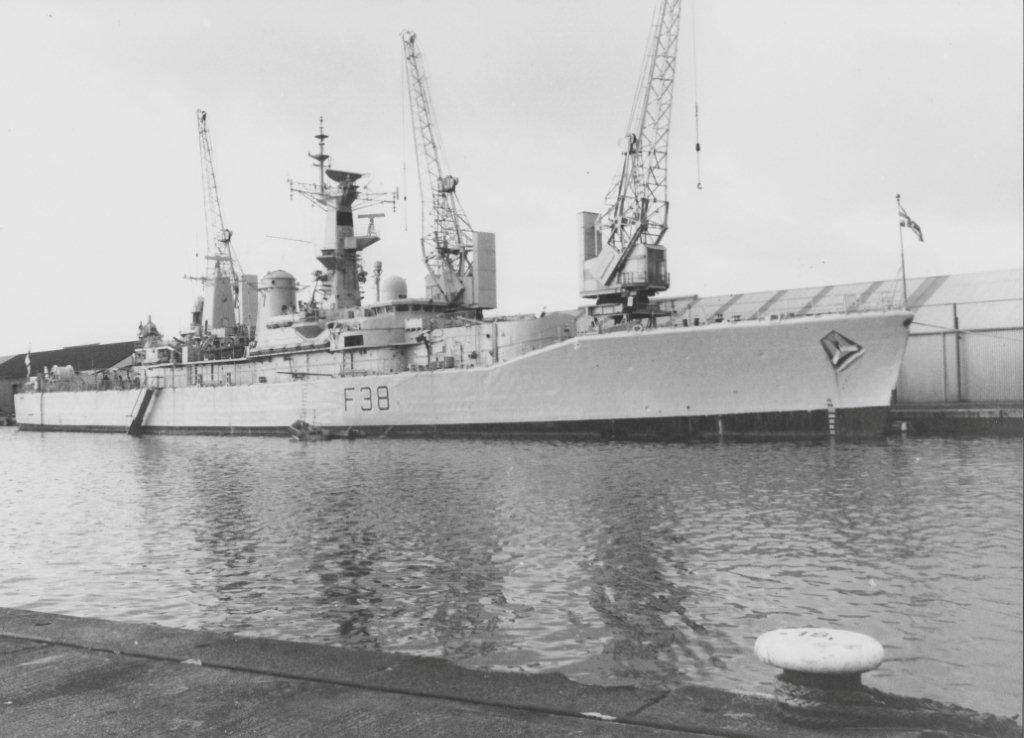 HMS Arethusa (F38) at Swansea on 20th March 1989.  Arethusa was a Leander-class frigate adopted by the city of Swansea and made several visits to the city.  This was her last visit to the Port before her disposal by the Royal Navy.  Her battle honours – including Normandy – can be seen here and also a copy of her log can be found here.

As an aside my son Nick was lucky enough to sail on her from Swansea to Milford Haven as part of a school trip and the highlights (apart from seeing the school Head being seasick) were watching the helicopter land whilst at sea and “having a go” on the Ikara anti-submarine missile control panel. 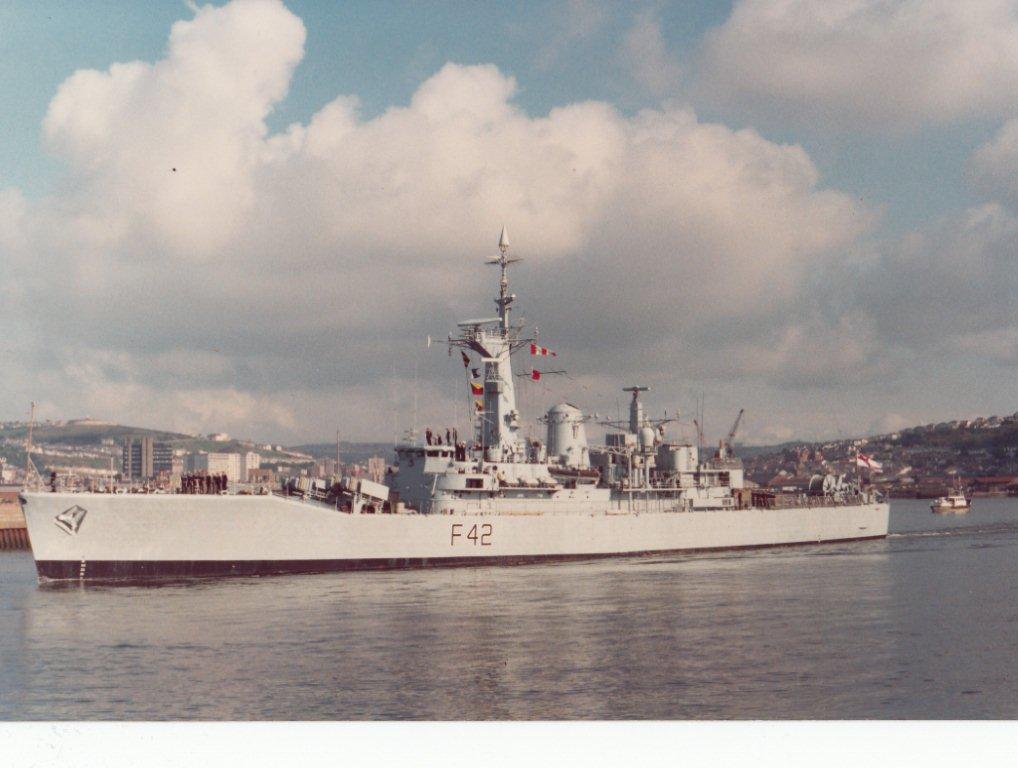 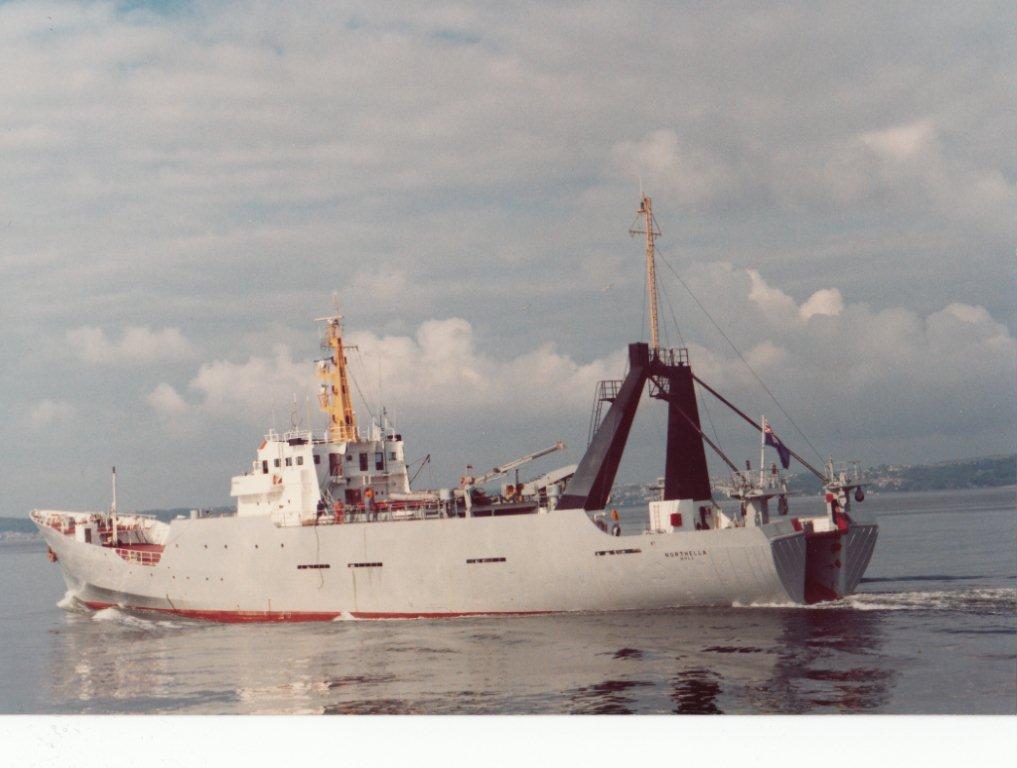 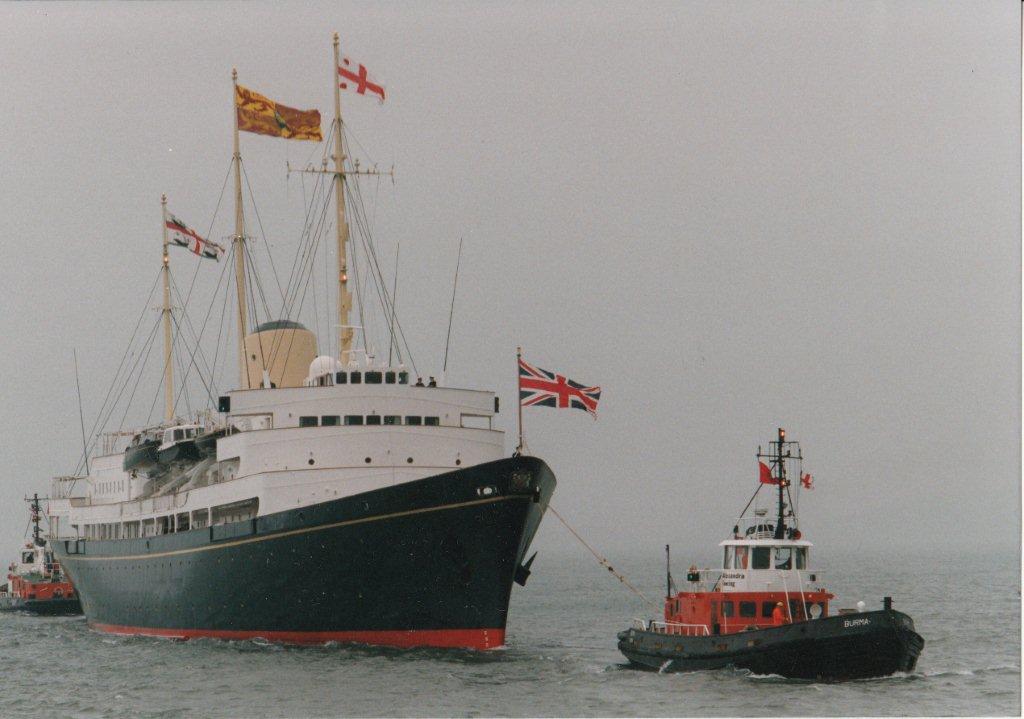