A Day out on a Swansea Sand Boat 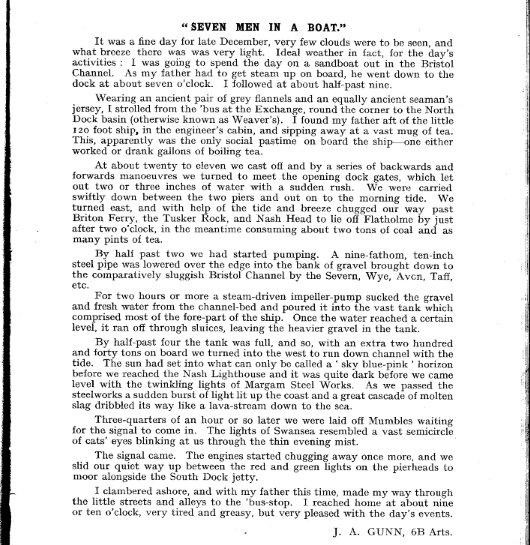 Little did I imagine when I bought my copy of the Swansea Grammar School Magazine in the summer term of 1957,that almost 60 years later I would rediscover this story from the magazine and be putting it up on the Internet!!

The sand boats were moored in the North Dock Basin, known locally as Weavers Basin after the large dockside Weavers Flour Mill.The dock was filled in and redeveloped in the 1980’s,and the place where the boats Glen Hafod and Glen Gower were moored is now  approximately located at the restaurant in the Sainsburys supermarket,just behind the Dylan Thomas Centre. 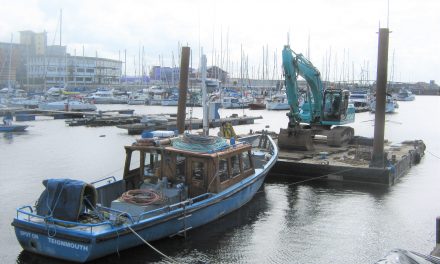